A Dinner on Horseback Byron Company. Men on horseback eating dinner on special tables on each horse in the ballroom at Sherry’s at the C.K.G. Horseback Dinner. 1903. Museum of the City of New York. 93.1.1.3940

We have written about quite a few dinners and parties of the Gilded Age on this blog but I don’t think many top C.K.G. Billings’s Horseback Dinner held at Sherry’s Hotel and Restaurant on March 28, 1903. Just like any other Gilded Age dining experience, champagne flowed freely and guests were served an exquisitely prepared meal, but none in attendance sat at a table. Instead, each of the diners each sat atop a horse. The lavish dinner cost a grand total of $50,000, or the equivalent of $1.3 million dollars today – mere pennies for the millionaire industrialist.

Cornelius Kingsley Garrison Billings retired as president of the People’s Gas, Light and Coke Company of Chicago in 1901. He promptly moved to New York and participated in the usual pursuits of all millionaires: yachting, carriage driving, and horse racing. He was a frequent visitor to the Harlem River Speedway, now known as the Harlem River Drive, which stretched from 155th Street in Washington Heights to Dyckman Street in Inwood. The Speedway was originally reserved for equestrians and carriage drivers, and excluded bicycles so as not to “Mar the Horseman’s Sport on the Speedway,” according to an announcement in the New York Times published in advance of the Speedway’s opening. 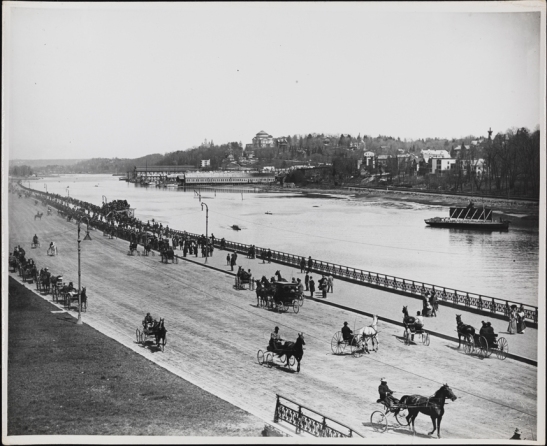 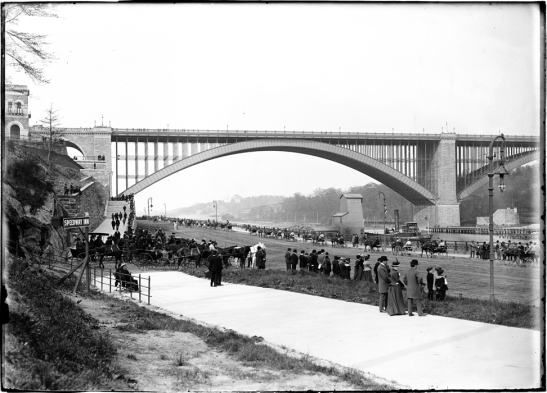 In order to access the Harlem River Speedway with greater ease, Billings purchased 25 acres of land at 196th Street and Fort Washington Road, in what is now Fort Tryon Park, for the construction of a horse stable and lodge to house his string of matinee and Speedway horses. The two-story, 25,000 square-foot structure was completed in 1903 and boasted 31 horse stalls, a blacksmith forge, engine and dynamo room for electric light, steam heat and hot water, carriage room, and two suites of five rooms each for the family and their guests. 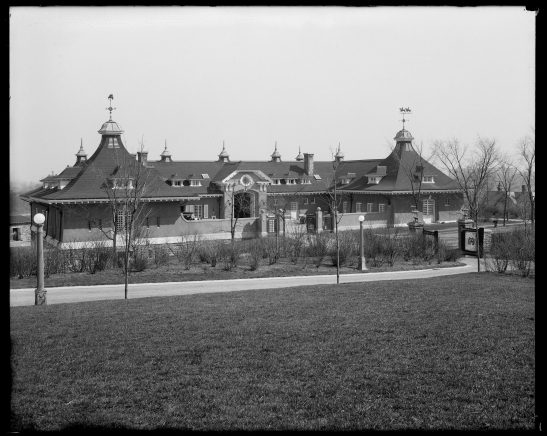 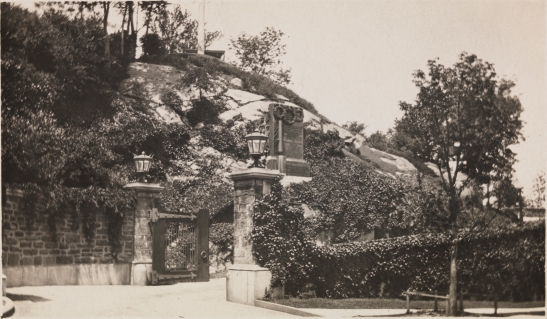 In celebration of the finished stable and lodge, Billings hosted a lavish dinner. Though he’d originally planned to hold it within the stables, high interest from the press and the public forced him to move the party to Sherry’s Hotel and Restaurant, at 44th Street and Fifth Avenue. Thirty-six members of the Equestrian Club were treated to a 14-course meal consisting of such dishes as Truite au Bleu sauce vert, Carré d’Agneau, Chicken Guinea Hen, and pêches flambées. The Rococo ballroom was transformed into a woodland setting with sod placed on the floors, walls draped in painted canvas depicting a bucolic garden scene, live plants placed around the room, and horses corralled around a floral arrangement. So as not to forget their table manners, horses were held in check by waiters dressed as grooms at a hunting party. Individual dining trays were attached to the saddles and guests sipped champagne through a rubber tube from iced bottles stored inside saddlebags. Towards the end of the banquet, large troughs filled with oats were brought in and placed before the horses so rider and horse could dine together. The evening concluded with a vaudeville show while the horses were escorted out of the building via the freight elevator. 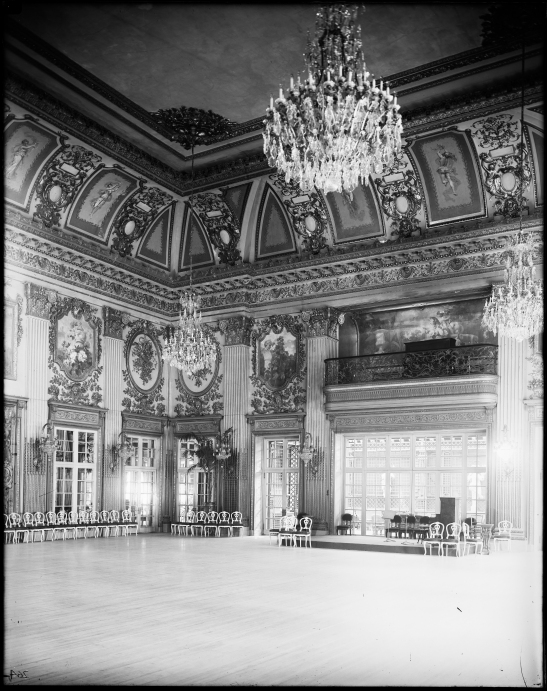 The New York Times described the dinner as “one of the most novel that has ever been given in the city.” In continuation of the celebration, friends of Mr. Billings were invited to a luncheon and tour of the new stable and lodge two days later. Some guests even arrived on horseback – a common form of transportation at all of Billings’s many estates.