“The Theater of Valentina: Costume or Couture?” is a question posed by Kohle Yohannan in his groundbreaking book, Valentina: American Couture and the Cult of Celebrity.[1] Indeed, it can at times be difficult to discern between Valentina’s designs for clothing and the stage. Her clients were among the most well-known theater personalities of the era, including Katharine Hepburn, Lynn Fontanne, Katharine Cornell and Zorina.  Despite her celebrity clientele, Valentina was perhaps her own best model. Life magazine described the designer, “Tall, slender and exotic-looking, she launches her new styles on her own back at New York theater openings.”[2]

Valentina designed costumes for almost 100 theatrical productions. Her career as a costume designer spanned from the 1920s until well past she closed her couture business in 1957. Thanks to generous support from the Institute of Museum and Library Services, on two separate grants – one to digitize of 30,000 images of Theatrical Productions, and a second to digitize our mid-20th century women’s garments – we can now share examples of these garments as well as productions in which they featured.

Valentina was born in Kiev in 1899 and fled her home country when the Russian Revolution broke out. She lived briefly in Rome and Paris before arriving in New York in 1923. She started out as a performer herself, playing a role in the 1923 play Casanova (she is #7 on the key sheet). 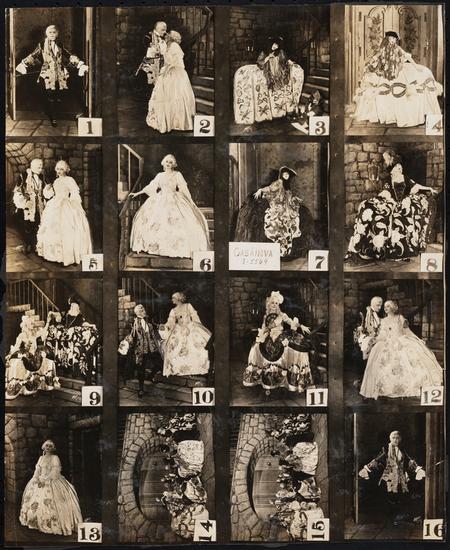 Valentina’s career onstage was short-lived: her accent and imperfect command of the English language prevented her from becoming a successful actress. Nonetheless, Casanova afforded her the chance to meet Katharine Cornell, who played the lead role. Cornell would become one of Valentina’s most significant clients, both on and off the stage.

Valentina’s credit for her first major Broadway production came in 1934, for Come of Age, starring Judith Anderson. Her costumes were received better than the play itself, which closed after only 35 performances.

In 1936, Valentina not only designed costumes for the play Idiot’s Delight, but served as inspiration for the character Irene, played by Lynn Fontanne. 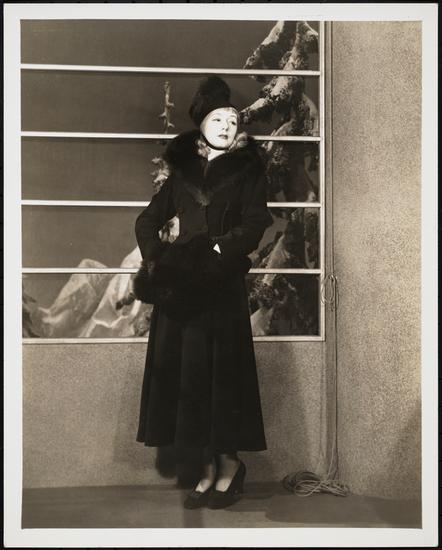 The following year , Valentina designed another costume for Fontanne, playing the role of Alkmena in Amphitryon 38. “In flowing chiffon Grecian gowns by Valentina, Lynn glowed. ‘Ravishing!’ said the critics,” Margot Peters wrote in her book, Design for Living: Alfred Lunt and Lynn Fontanne.[3]

In his New York Times review of the 1939 play No Time for Comedy starring Katharine Cornell, Brooks Atkinson wrote, “Valentina has designed costumes that act before ever a line is spoken.”[4]

Yohannan wrote that actresses such as Cornell were sometimes directly billed for Valentina’s costumes, when the production budget could not accommodate the famously expensive designer.[5] This did not deter Cornell – she employed Valentina time and again. 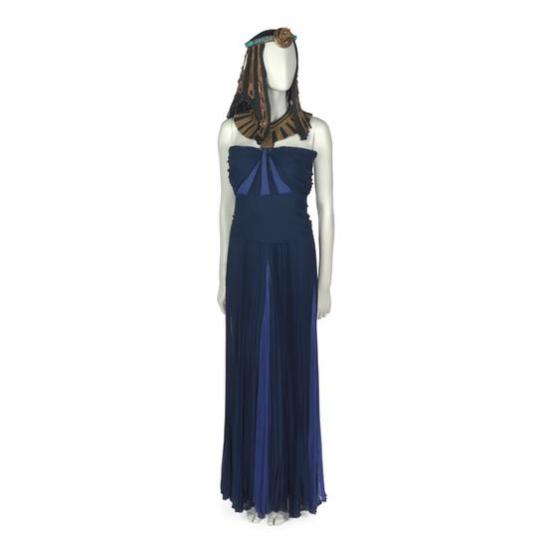 In 1970, the New York Times reported that Kitty Carlisle still  wore her red wool dress designed by Valentina nearly two decades ago.[6] Valentina eschewed trends and overly complicated designs. She said in the late 1940s, “Simplicity survives the changes of fashion. Women of chic are wearing now dresses they bought from me in 1936. Fit the century, forget the year.”[7]

Valentina’s costume for Tammy Grimes in the role of Elvira in High Spirits echoes those designs she made 25 years earlier for No Time for Comedy.

Despite her tremendous talent and success, Valentina never achieved the lasting level of fame that many of her peers did, such as Chanel and Charles James. She died in relative obscurity in 1989, but her story was not lost for long. Yohannan spent over a decade interviewing friends, models and clients of the elusive designer for his aforementioned book published in 2009, Valentina: American Couture and the Cult of Celebrity. The publication coincided with a retrospective of the same name at the Museum, which Yohannan co-curated with Phyllis Magidson. Please see here for more of images Valentina’s garments in the collection.