The Age of Innocence?

Before I started cataloging postcards, I thought I had a fairly good idea of what was in store for me: numerous souvenir type views of the greatest hits of everything New York City. After cataloging nearly a thousand postcards, this does make up a vast majority of our collection, but what I definitely did not expect was being fascinated by melodramatic, turn-of-the-century  images of love and romance. In these postcards, the longing, confusion, and excitement of summer romances and relationship dramas are brilliantly encapsulated. 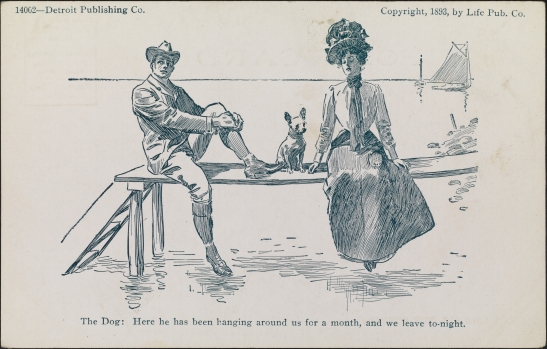 Summer love is not a new trend–vacations, beaches, warm weather sports, and girls in bathing suits have always held appeal. Many of these postcards are images originally drawn by Charles Dana Gibson, an illustrator for Life Magazine, who is credited for the creation of the “Gibson Girl” – the tall, gorgeous, corset-clad, bouffant-haired women who epitomized the ideal of beauty in the early parts of the 20th century. These images show summer love at its best, and the heartbreak that comes when Labor Day arrives.

As a contrast to the summer loves of Gibson Girls are the slightly darker, both literally and figuratively, postcards by William Balfour Ker, who was also an illustrator for Life Magazine. From hesitation to making the first move, to what appears to be the beginning of an affair, these scenes make it clear that the beginning of the 20th century was just as scandalous as today. 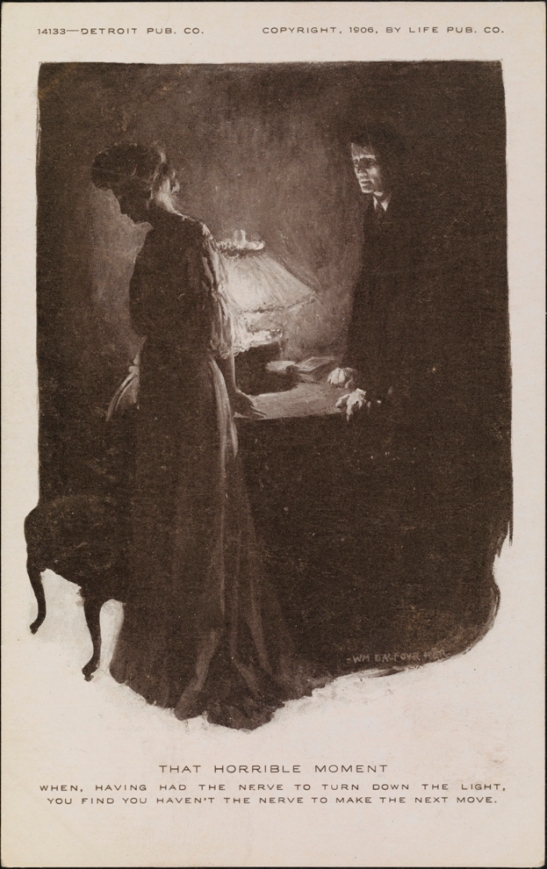 5 comments on “The Age of Innocence?”