Forbidden Broadway circa 1900: a look back at lampooning.

Forbidden Broadway is back again this Fall with a new “Alive and Kicking” addition gleefully lampooning the current offerings of the Great White Way.  A revue show first conceived in the early 1980s, Forbidden Broadway harks back to an earlier tradition: American burlesque shows at the turn of the century.

One of the most successful burlesquing teams was the duo of Joe Weber and Lew Fields who opened their Music Hall in 1896 to perform musical revues and burlesques of their own devising. (At the time the term “burlesque” described over-the-top parodies of popular theatrical productions and had less to do with the art of striptease.) One of Weber and Fields‘s most popular targets was the work of Clyde Fitch. Though his work hasn’t been performed on Broadway in decades, Fitch was one of the most prolific playwrights of early twentieth century. 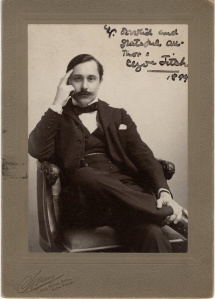 In 1909, the year he died, Fitch had four productions in Broadway theatres, three of which were new works.   He  saw over 60 productions of his work open on Broadway, often staged by him, and there have been over 30 feature film adaptations of his plays. (For more on Fitch’s life, check out the thoughtful bio at the The Clyde Fitch Report.)

Thanks to the efforts of the equitable photographers at Byron Company (and the Museum’s Digital Team), the Collections Portal contains images illustrating Fitch’s original intentions and the fun Weber and Fields had subverting them. 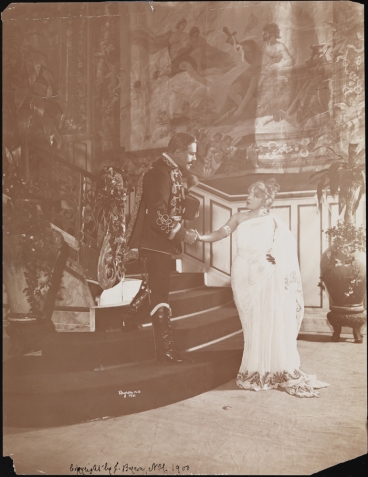 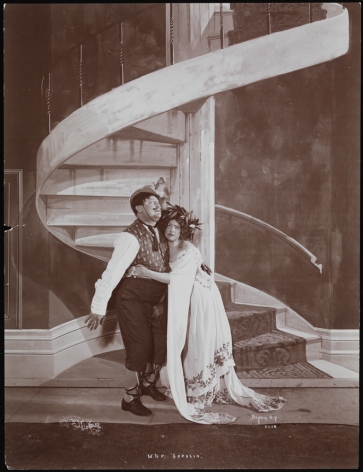 The very next year, in 1901, Weber and Fields took on Fitch’s The Girl and the Judge about the drama that ensues when a young woman faces her parents’ separation. 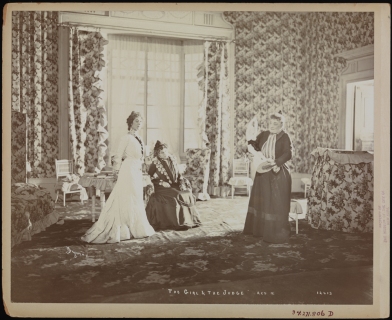 The Curl and the Judge was perhaps a more jovial look at parent/child relations. 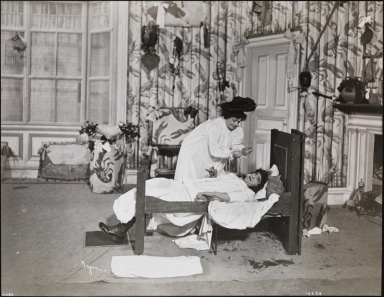 The ship deck setting in Fitch’s 1902 dramatic work The Stubbornness of Geraldine morphed in to the S.S. Pneumonia set for The Stickiness of Gelatine which opened at Weber and Fields’s Broadway Music Hall less than 2 months after Fitch’s opening. 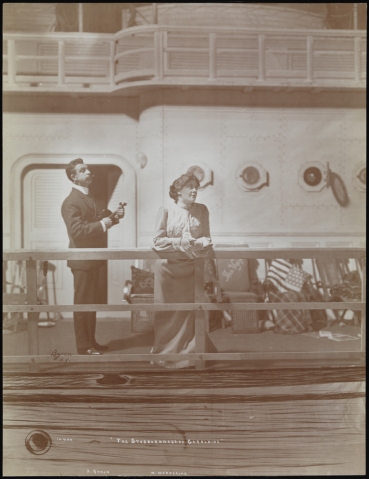 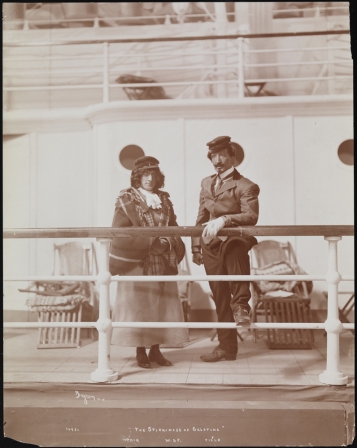 One of Fitch’s most popular works (it launched the career of Ethel Barrymore) was Captain Jinks of the Horse Marines, a title Weber and Fields felt no need adjust for their skit. 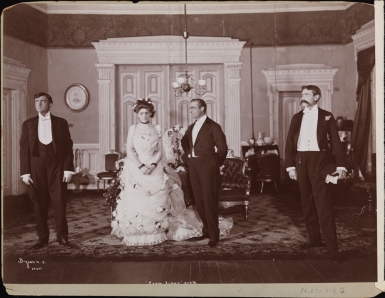 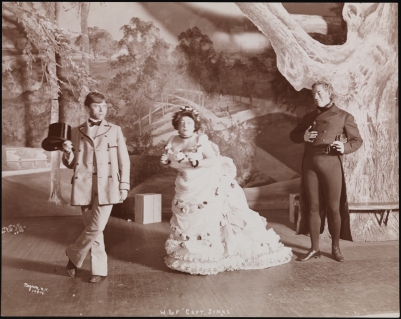 Fitch’s plays weren’t the only ones parodied by Weber and Fields, and just as certainly, Weber and Fields weren’t the only company doing the lampooning. Both enjoyed popular acclaim in their day, the best influenced by the best.  Fitch received the compliment of caricature, and both may have benefited in box office receipts. After all, a parody is always funnier when you’re familiar with the original.

2 comments on “Forbidden Broadway circa 1900: a look back at lampooning.”