Prepping the girls for “As the Girls Go”

Since October the Theater department has been busy preparing 30,000 images of theatrical productions for digitization and cataloging. Images will eventually be made available on our Collections Portal thanks to the support of a Museums for America grant from the Institute of Museum and Library Services.  In the process of getting objects ready for digitization, our archival intern came across these rough proofs and final images prepared by the Lucas-Monroe studio for the musical As the Girls Go.  The photos offer a glimpse at photo manipulation  before the digital era. 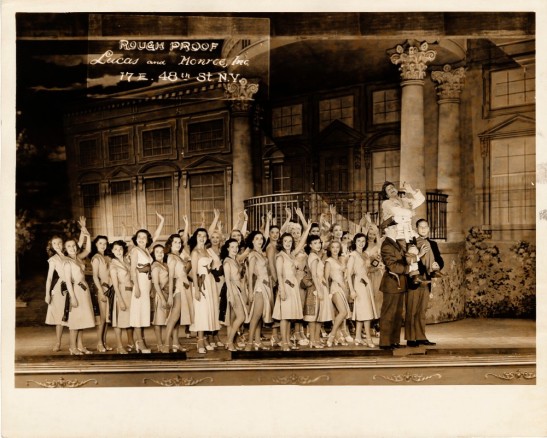 As the Girls Go opened in 1948 at the Winter Garden Theatre, but it was set five years in the future, with the inauguration of America’s first female president. Opponents of the President attempt to drum up scandal by throwing a bevy of beautiful women into the path of her husband, played by vaudeville comedian Bobby Clark.  Lucas-Monroe put out a series of publicity shots featuring the tempting beauties. 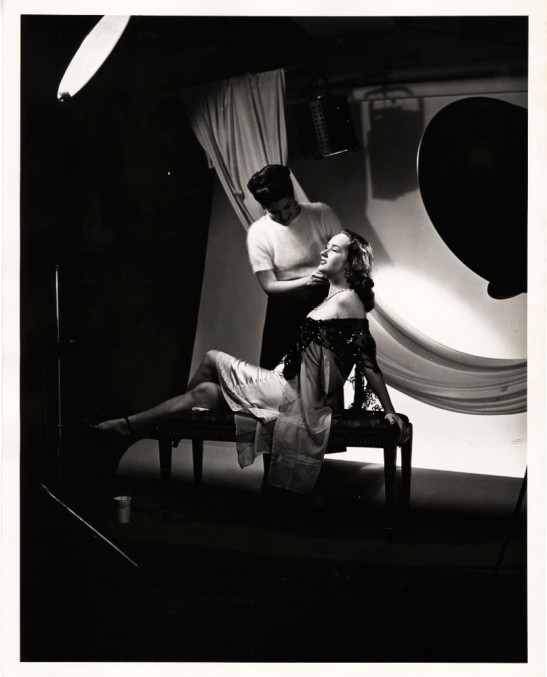 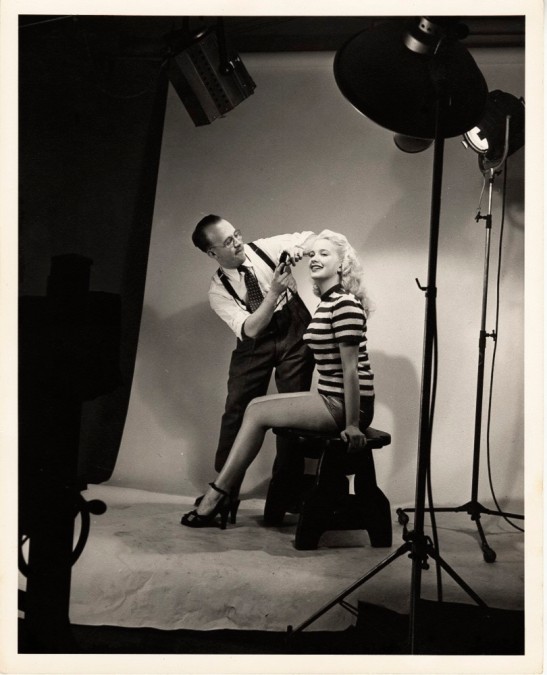 The Lucas-Monroe studio began as Lucas-Pritchard in the mid-1930s. Photographer George W. Lucas and business manager Irving Pritchard formed a partnership that was later joined by portrait photographer Edward Thayer Monroe. The studio became known as Lucas-Monroe and captured hundreds of Broadway productions  until the company was dissolved in 1952. Lucas actually died ten years before, but Monroe was able to carry on the business successfully. (For more biographical information visit the excellent site on early Broadway photographers created by Dr. David S. Shields and hosted by the University of South Carolina.)

Of course, what beauty couldn’t use a little help here and there? Print alterations and image manipulations were standard practice in 1948.  See the rough proof below and the identified “problem” areas.

The finished proof follows, and it is easy to see how the woman’s upper right arm was slimmed down, the sides of her torso sliced, and hair frizzies minimized. 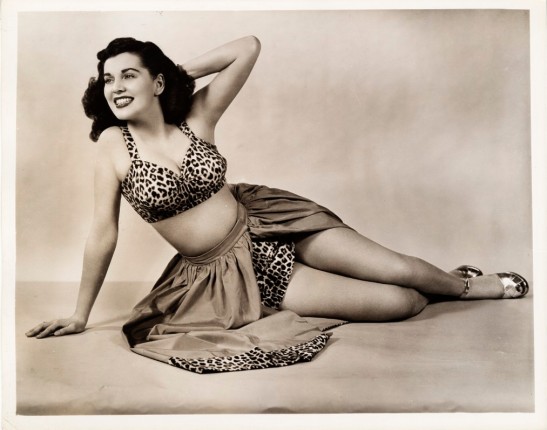 Even famed beauty and socialite Gregg Sherwood was unable to escape critique. 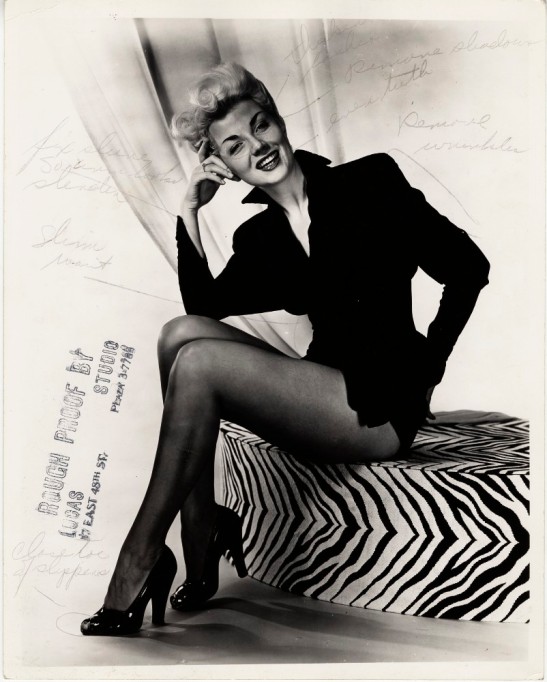 Her jacket is smoothed out, waist shaved, and anything close to tired eliminated from her face. Even the toe of her shoe was altered.

Alterations could be made a number of ways including re-touching with paint, ink, or airbrush, and manipulation of prints and negatives in the dark room. Digital camera technology and programs like Photoshop have made photo manipulation  infinitely easier and more prevalent.  So prevalent, in fact, that the debate on image alteration has been going strong for several years. Just last month a GIF of Jennifer Lawrence’s 2011 Flare cover surfaced online showing how much of the actress was cropped, cut, and shifted for the magazine’s final publication. The techniques for altering a model’s image have come a long way since As the Girls Go opened in 1948, but the practice hasn’t changed much and we have yet to elect a female President.

Stay tuned for more updates as we prepare, digitize, and catalog a wealth of images from the plays and musicals of the New York stage.

One comment on “Prepping the girls for “As the Girls Go””