Speedway Concourse and Transverse Road, AKA the Grand Concourse

In 1874 the disparate villages of Westchester County (Morrisania, Kingsbridge, et al.) were annexed to New York City and formed what we now know as the Bronx. At the time, wretched, muddy roads made travel within the annexed district unpleasant and treacherous so, in 1890, a Department of Street Improvements was established. Louis J. Heintz became its first commissioner; he in turn appointed Louis Risse as chief engineer. Though Heintz would die unexpectedly in 1893, these two men are responsible for first envisioning an arterial road that would link newly established parks like the New York Botanical Garden and Van Cortlandt Park with the rest of the city. 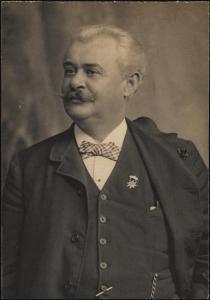 Risse also saw the potential for a new population center rising up along the grand avenue he hoped to create, and predicted that up to a million people might be living in the area within twenty years. (The population had hit that mark by 1930, when the census recorded nearly 1.3 million people living in the Bronx.)  Though Paris’s Champs-Elysees is often cited as the inspiration for the Grand Concourse, and despite the fact that Risse was born in France and lived in Paris, there is no evidence that he consciously used it as a model.

When Risse began planning the roadway, he imagined it as a place for cyclists, pedestrians, trolleys, and the smart set in their horse-drawn racing buggies, and it was divided by medians to accommodate the different types of traffic. The beautifully detailed drawing below shows Risse’s earliest conception of the road, including the bisecting roadways that would run under the Concourse and 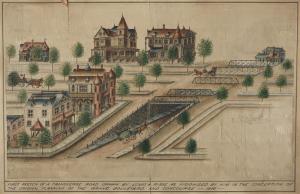 Louis A. Risse, “First sketch of a transverse road drawn by Louis A. Risse as visioned by him in the conception of the original planning of the Grand Boulevard and Concourse 1892.” Museum of the City of New York. 69.111.2

keep dangerous, distracting trolley traffic separated. It would be 182 feet wide and lined with elegant trees providing a canopy of shade and, when complete, run about four miles from 161st Street to Van Cortlandt Park. Many hurdles lay in the path of the road–acquiring property, raising funds, quashing scandals–and the Grand Concourse didn’t open to traffic until 1909. By that time automobiles had replaced the jaunty horse-drawn carriages Risse included in his first sketch, necessitating asphalt pavement.  Assessments vary, but the total cost of building the Grand Concourse is estimated at $14,000,000, nearly $400 million in today’s dollars. And, despite the fanfare about connecting Manhattan and the Bronx, it wasn’t until 1927 that the southern end was extended to 138th Street. 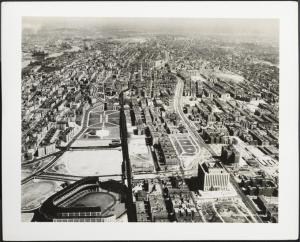 Development wasn’t far behind, however, and subsequent decades saw the rapid expansion of IRT and IRD lines to the area. Yankee Stadium opened nearby in 1923 and by the mid-1930s, nearly three hundred apartment buildings flanked the Concourse, providing spacious, airy housing for those fleeing increasingly crowded conditions in Manhattan. Apartments boasted amenities like sunken living rooms, interior courtyards that helped keep homes light and full of fresh air, and dumbwaiters to deliver meals to order. In 2011 the Landmarks Preservation Commission designated 78 buildings part of the Grand Concourse Historic District. (To learn more about the Landmarks movement in New York City, visit the City Museum’s exhibition Saving Place, on view until January 3, 2016.) 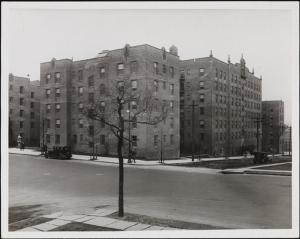 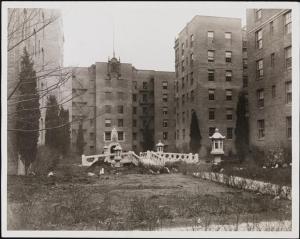 Thomas Garden Apartments, still standing between E. 158th and E. 159th Streets, was one of the earliest developments. Intended for middle-income families and designed by affordable housing advocate Andrew J. Thomas, it featured elaborate courtyard landscaping with a pool and foot paths. (For more information on the affordable housing movement, visit the City Museum’s exhibition, Affordable New York: A Housing Legacy, on view until February 16, 2016). 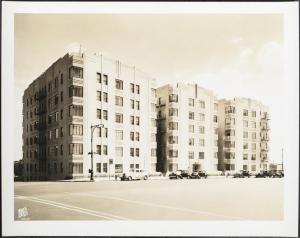 750 Grand Concourse, just above E. 153rd Street, was designed by Jacob Felson and featured a lobby with a terrazzo floor and a palm motif painted on the walls. 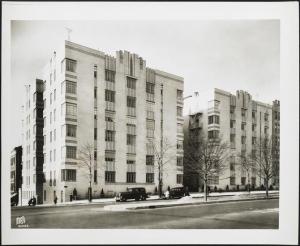 Felson, who was educated at Pratt Institute and Columbia University, also designed the art deco beauty at 3155 Grand Concourse, at E. 205th. 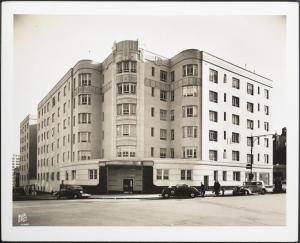 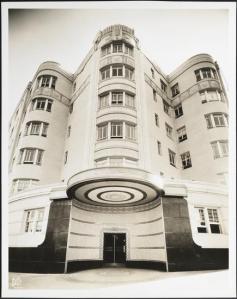 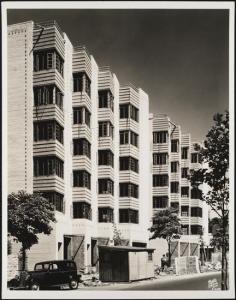 The building at E. 181st Street was one of several along the Grand Concourse designed by Horace Ginsbern. Like many of its neighbors, the building features dual direction windows that allow a maximum of air and light into apartments. 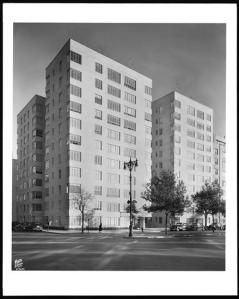 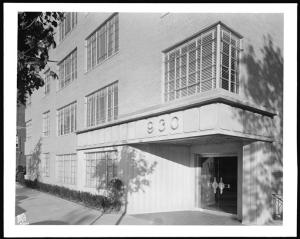 The Ashley Apartments at 163rd Street were a later addition, opening in the late 1940s, and manifest a more sober facade. 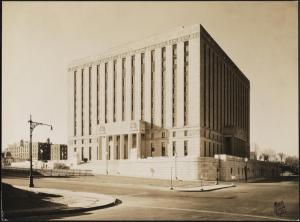 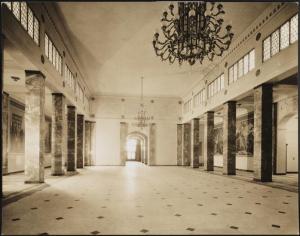 One of the jewels of the Grand Concourse is the Bronx County Courthouse, which opened in the 1930s and still houses the borough’s municipal offices. 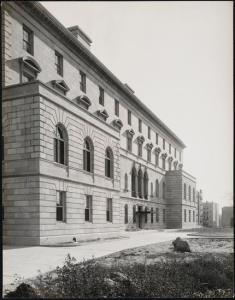 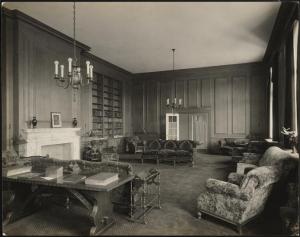 The Andrew J. Freedman home, located at E. 166th Street, is an oddity in the Concourse’s long history. It opened in 1924 as a home for wealthy people who had fallen on hard times, so they could live out their twilight years in the style to which they’d been accustomed. Perhaps unsurprisingly, it ran out of money in the 1960s; the building now houses a newly revitalized community center. 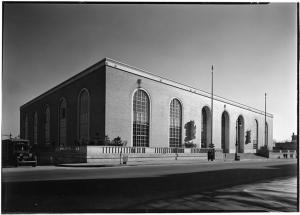 The Grand Concourse was hit particularly hard during New York City’s decline in the 1970s and 1980s; crime was widespread and the streets dangerous. The area is showing signs of rejuvenation, however, with large-scale renovations of existing buildings and new residential developments. Last year, a developer purchased the landmarked post office at 149th Street and Grand Concourse, shown above, and plans to turn the building into a mixed use retail, dining, and office space.

Click here to see more images of the Grand Concourse on the Museum’s Collections portal.

I’m particularly indebted to Constance Rosenblum’s book Boulevard of Dreams, published in 2009 by New York University Press, for revealing the history of the Grand Concourse and for some of the information here.