Nobody is certain when humans first began ice skating, but it is believed that they did so at least a few thousand years ago. The first skates were sharp pieces of animal bone affixed to shoes, intended for the practical purpose of moving across ice at greater speeds. In 1250 the modern ice skate was born, when the Dutch replaced animal bones with iron blades.

New Yorkers have long enjoyed the pleasure of gliding across frozen lakes during wintertime, but it wasn’t until 1858 that the first official ice rink opened, at the southern end of Central Park.[1] The skating pond opened before Central Park was completed. The lake, connected to the city’s water system, was drained to a level to ensure that it would freeze. 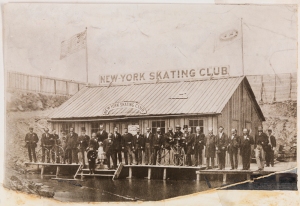 The Fifth Avenue Pond, between Fifth and Madison Avenues, from 57th to 59th Streets, hosted competitions that emphasized skill and agility.

Ice skating even became a popular theme in advertising in the late 19th century. 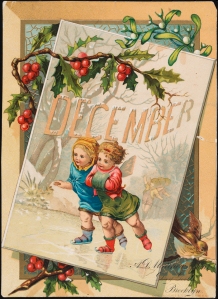 When the skating pond at Central Park opened, it was segregated by sex. In 1860, a woman skated in the men’s section; ten years later, gender segregation at ice skating rinks ended. Women’s presence on ice skating rinks is believed to have paved the way for their participation in other sports. 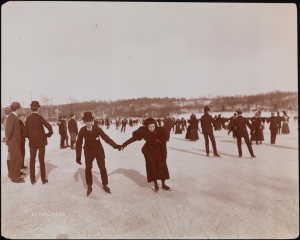 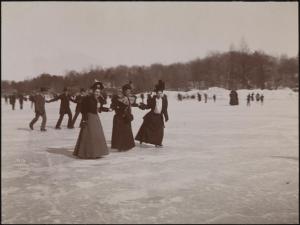