The play within a play’s the thing!

“The play’s the thing…” William Shakespeare’s Hamlet famously says at the end of Act II, “…wherein I’ll catch the conscience of the king.” For Shakespeare’s depressed Danish prince, a group of traveling players present the opportunity to confirm his fears that his father was murdered by his uncle/new step-father. Hamlet requests a reenactment of the suspected murder to be performed before his mother and uncle, and by their reactions, he hopes to discover their guilt or innocence. The performance of the players (as seen below in a 1936 production of Hamlet) is one of the most well known examples of a play within a play, a theatrical device that allows for larger commentary about purpose of performance. What happens after the players perform for Hamlet and his family is a story for another time. In this week’s blog post, we’ll take a quick look at other theatrical works from the Museum’s Collection that function entirely as plays within plays. 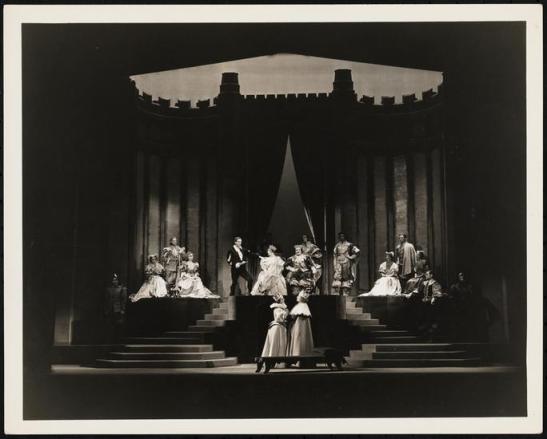 While Hamlet called Denmark a prison (Act II, scene ii), the next two plays feature actors playing prisoners putting on a play. Confusing? Bear with me. In 1965, the Peter Weiss play The Persecution and Assassination of Marat as Performed by the Inmates of the Asylum of Charenton Under the Direction of the Marquis de Sade (a.k.a. Marat/Sade) opened at the Martin Beck Theatre.  As the lengthy title suggests, the play is about prisoners in an insane asylum putting on a play. Set in 1808, after the French revolution, the play depicts the death of French revolutionary Jean-Paul Marat, fifteen years earlier.  The the play with the play is written and directed by the notorious libertine the Marquis de Sade, seen below in the center of his work.

Peter Weiss took events from history, the Marquis de Sade was committed to Charenton insane asylum and he did put on plays there, and used them as a frame to explore themes of societal revolution and the beliefs of the individual.  Actors play inmates playing at acting and actors also play the asylum’s director and his family who watch the performance. Who is more mad, the lunatics or the director who thinks he can corral them into patriotism? 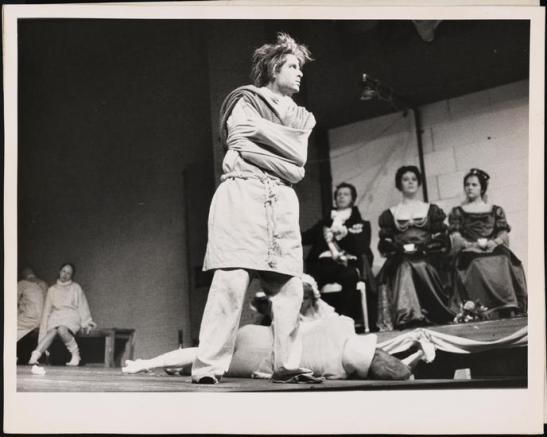 Though ostensibly imprisoned for insanity, the inmates in Marat/Sade consistently go off script to express their own political views. In The Island, the two actors on stage are political prisoners. Set in a South African prison during apartheid, inmates Winston and John spend their days engaged in forced manual labor between beatings and their evenings rehearsing a scene from Sophocles’ Antigone. 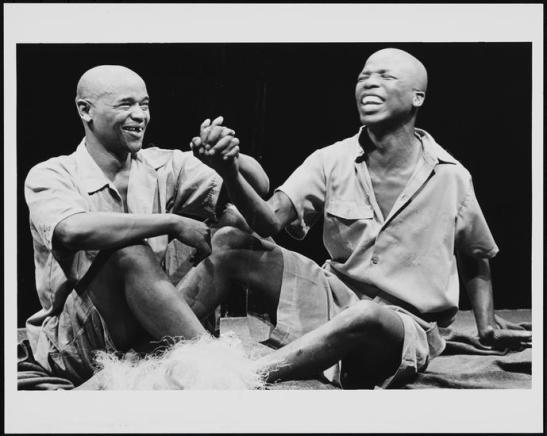 First performed on Broadway in 1974, The Island uses the ancient Greek play about a woman who chooses to follow a higher moral law over the laws of men to shed light on the situation of two men whose actions are designated crimes in a segregated society. Winston is in prison because he burned his identification papers, and John belonged to a banned organization. Athol Fugard, a white South African, co-wrote the play with its two stars Winston Ntshona and John Kani. The play’s first performance in South Africa was a crime. At the time, government censors outlawed depictions of prisoners and prison conditions.

Marat/Sade and The Island are both good examples of plays used within plays to call attention to problems with society and cultural beliefs, but sometimes a play within a play can just be used for comedy. The 1983 comedy Noises Off follows the misadventures of an acting troupe in rehearsal and performance of the fictional farce “Nothing On.” 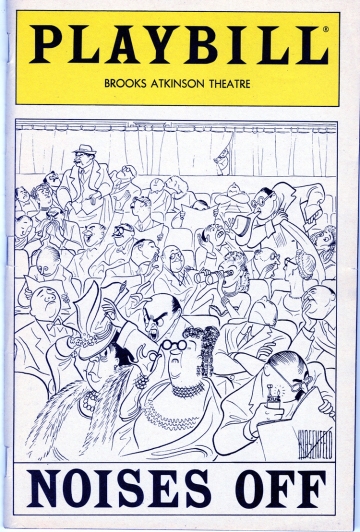 Theater program for Noises Off, 1983. Museum of the City of New York. Collection on theatrical productions.

In farce the comedy is all about timing, having characters improbably enter and exit just in time to almost catch or entirely avoid each other. Noises Off plays with that timing as the differences between the actors and their characters become more apparent and mishaps pile up. The play’s comedy comes from the attempt and ultimate failure to make the play within the play funny. Any one lucky enough to catch the Broadway revival earlier this year can attest that a comedy about comedy gone wrong can be very funny indeed.

We return again to William Shakespeare with our final play within a play, though this is really a musical within a musical.  Kiss Me, Kate, follows a traveling troupe of actors performing Shakespeare’s The Taming of the Shrew. With music and lyrics by Cole Porter, the show premiered on Broadway in 1948 and was awarded the inaugural Tony Award for Best Musical. The characters sing about action backstage and onstage. The opening musical number (seen below) is even called “Another Op’nin, Another Show.”

The romances of Kiss Me, Kate mirror the coupling in Shakespeare’s work of two sisters and their eventual husbands. Despite obstacles that come in the form of other partners, a couple of gangsters, and $10,000 gambling debt, everyone ends up with their intended.

The bard had it right, the play is the thing wherein we can examine our beliefs, question our society, laugh at our mistakes, and sing about our heartache. Now I’ll leave you with a song from Kiss Me, Kate, a reminder from the gangsters to “Brush up your Shakespeare.” 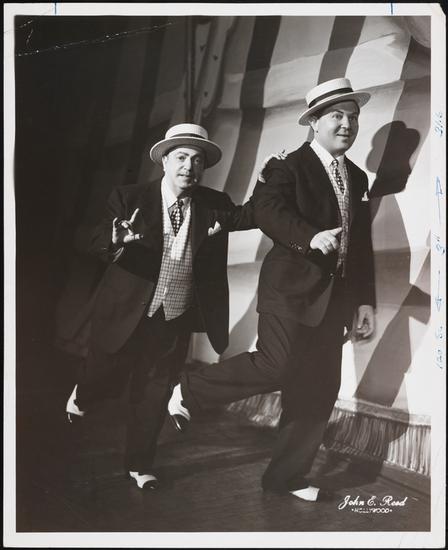 3 comments on “The play within a play’s the thing!”