Last Thursday, November 3rd, in the wee hours of the morning the Chicago Cubs triumphed over the Cleveland Indians breaking a 108 year curse to win the World Series of Baseball. Next Monday, November 14th, the latest revival of the musical Chicago will celebrate 20 years on Broadway.  While I applaud the drama of a World Series show-down (though a wonderful town, Cleveland must be singing, “Why, oh why, oh why, oh-“), I’ll stick to my area and focus on the Windy City’s musical triumph. This week we’ll dip into the play that inspired the musical, and its many adaptations.

The story of Chicago begins in the unlikely town of Louisville, Kentucky with the birth of Maurine Dallas Watkins on July 27, 1896. The only child of a preacher and a schoolteacher, young Maurine moved with her family Indiana where she graduated top of her high school class. In college in Massachusetts, Watkins took a play writing workshop led by George Pierce Baker. (Baker also taught Eugene O’Neill, Hallie Flanagan, and George Abbott to name a few other major American theater artists.) By 1924, Watkins was a reporter with the Chicago Tribune writing about high profile murder cases. 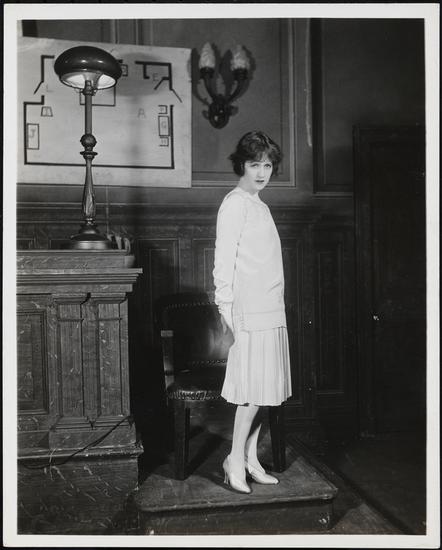 It was reporting on the separate trials of accused murders Belva Gaertner and Beulah Annan that inspired Watkins to write her first play, Chicago. A satire on fame and a justice system fueled by media frenzy, Watkins developed her play in Baker’s new workshop at Yale University, and it was the first work by a Drama Department student to be publicly produced. When it was performed in New Haven, a professor at Yale’s Divinity school denounced the work as “vial, immoral, blasphemous and a storm of nastiness.” Despite this controversy (or perhaps supported by it), the play opened on Broadway’s Music Box Theatre on December 30, 1926 and enjoyed a run of over 170 performances. 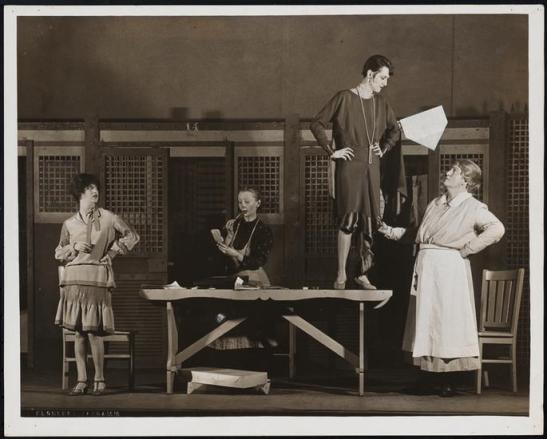 Considered a success, the play was adapted on film; Cecile B. DeMille produced a silent screen version in 1927 and Ginger Rodgers starred in the 1942 Roxie Hart adaptation. But when actress, dancer, singer Gwen Verdon read the play in the 1960s, things started to get musical.  Verdon’s husband, the established director, choreographer, and hit-maker Bob Fosse, contacted Watkins several times about adapting her play into a musical. It was not until several years after Watkins death in 1969 that her estate granted Fosse permission. With John Kandor and Fred Ebb composing the music and lyrics, Fosse’s musical opened on June 3, 1975. 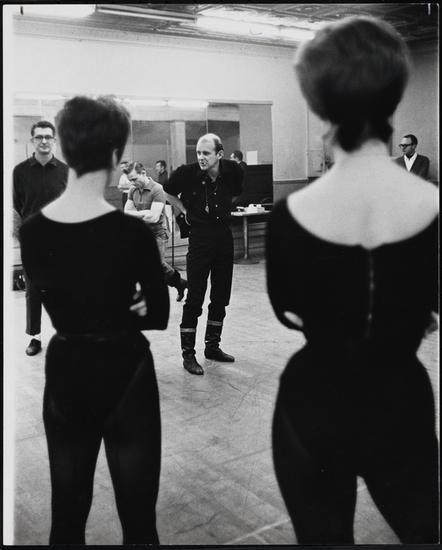 The original musical starred Gwen Verdon as Roxie Hart, a woman who shoots her married lover both killing him and jump starting her own career in show business.  Under guidance of savvy lawyer Billy Flynn (played by “Law & Order” stalwart Jerry Orbach), Hart is not the only young woman seeking fame through a high profile trial case. In the end she teams up for a stage act with Velma Kelly (the incomparable Chita Rivera), another acquitted murderess. 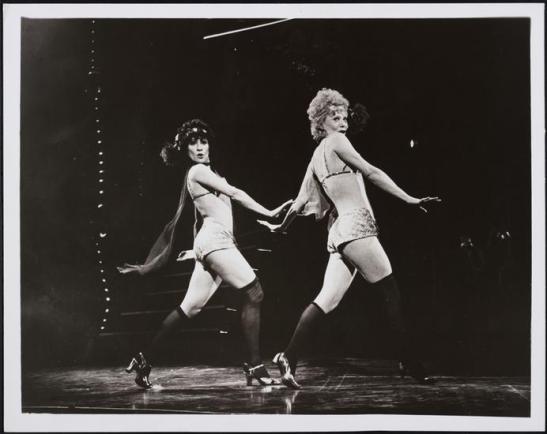 Chicago‘s initial Broadway run achieved a very respectable 936 shows, but the revival in 1996 has since blown that figure out of the water. At 8,295 shows and counting, it’s still the second longest running Broadway musical of all time (The Phantom of the Opera is the longest), but it’s the longest running American musical and the longest running revival ever. Winner of the Tony Award’s Best Musical Revival, the show has spawned numerous national tours and a 1997 revival in London’s West End which only closed in 2012. And, in 2002, director Rob Marshall adapted the show again for film that won the Academy Award for Best Picture. Tonys, Oscars, World Series whatsits (is it rings? – I should stick to theater), and accolades of all sorts, folks, that’s Chicago.

Teachers interested in learning more about this history of music, dance and fashion can join us for Rhythm & Power, a New York at Its Core Seminar Day for K-12 educators on February 11, 2017.