At the Broadway Convention

On the last weekend of January, along with thousands of Broadway fans, I made the trek to the Javits Center on Manhattan’s far west side to enjoy the second annual BroadwayCon 2017, an event which bring fans together with industry professionals to celebrate all things Broadway. I was there to present on the Museum’s Theater Collection during a Sunday panel on performing arts repositories, but I was also there as a fan.

Backdrop of the Mainstage at BroadwayCon 2017.

One blog is far too small a space to share all I saw and heard at BroadwayCon (so many great fans in costumes), so I will limit myself to select highlights from each of the three days.

Program for On Your Feet!, Broadway production files 2015-2016 season. Museum of the City of New York.

Are we ready to hear stories in Spanish? This was the question that prompted “Broadway en Español,” a Friday panel of performers, producers, and writers who worked in musical theater on Broadway and around the world. While translations of major musicals like Rent and The Lion King have found audiences in Spanish speaking countries, there has yet to be a production on Broadway that is entirely in Spanish. The talent exists to support performance, but Broadway has yet to significantly reach a Spanish speaking audience. One panelist noted that according to The Broadway League, Latinos made up only 7.9% of the Broadway audience. The discussion included a frank look at the numbers: producing a Broadway show is a costly endeavor, and a hit can only happen when people come see the show. The success of current musical On Your Feet! about Cuban-American singer Gloria Estefan is helping open doors, but three years ago, an Off-Broadway Spanish translation of The Vagina Monologues (Los Monólogos de la Vagina) closed just one month after opening due to lack of sales. Panelists agreed that audience development is key to the dream of a Broadway show performed entirely in Spanish, and that in a country with 41 million native Spanish-speakers and over 3.5 million in New York City metropolitan area, their stories belong on the Broadway stage.

On Saturday, I spent time learning more about women on Broadway. With a career that went from the late 1920s to the early 1970s and resulted in over 400 songs, Dorothy Fields was one of the most prolific lyricists of the 20th century. Yet she is often overlooked in musical theater history, or so argued Dr. Kristin Stultz Pressley in a entertaining and informative lecture.

One of Fields’s greatest hits was “Big Spender” written with composer Cy Colman for the show Sweet Charity. Chita Rivera sang the song in her 2005 auto-biographical show Chita Rivera: a dancer’s life. After the lecture on Dorothy Fields, I popped into a Q&A session with dancer, actor, singer, and national treasure Chita Rivera. At 84, Ms. Rivera was a delight with a quick wit, and she regaled a rapt audience with stories from her 65 year career. When asked to describe working with the late, great Eartha Kitt, Ms. Rivera laughed and said, “Eartha was a trip, she was a round trip. She was there and back again.” 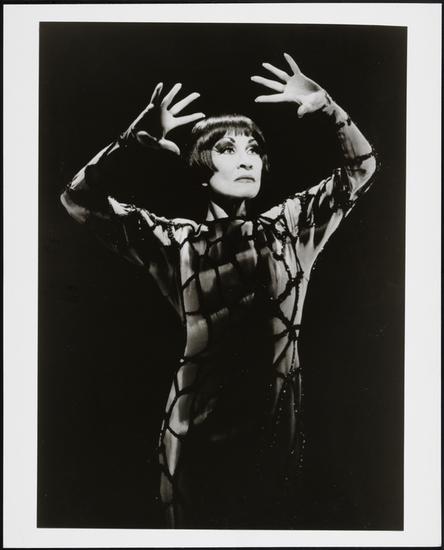 Sunday was the big day. The panel I was on, “Archiving Theatre,” started at 4, but when I mapped out my dream schedule for the day, I realized I would need a way to be in multiple places at once. In the first panel “Actors and Activism,” director and newly initiated activist Tina Landau discussed her work with The Ghostlight Project, a new effort to support theaters around the country in protecting values of inclusion, participation, and compassion for all people. Actress Margo Seibert shared her work with Racket, an organization she co-founded in 2015 to remove taboos about menstrual hygiene and provide products to those in need. Performer Amber Iman spoke about the Broadway Advocacy Coalition which was initially founded to support the Black Lives Matter movement. Panelists discussed what lead them to turn activist and the challenges they faced as activists and artists. I walked out of there feeling inspired and energized, and it was just the start of the day!

For my own panel, my colleagues from the New York Public Library for the Performing Arts, Ohio State University, the University of Minnesota, and the Paley Center for Media discussed our respective collections and our favorite items in the collection (mine changes daily, but on that day it was this). One attendee asked us what awareness of diversity we brought to collecting for our institutions to which I responded that diversity was a huge consideration in future collection for the Museum. New York is a diverse place, and if I’m not including that diversity in the Theater Collection, I am not doing my job in telling the story of New York. (For more on New York’s diversity over time, visit us to check out New York at Its Core!)

When the whirl-wind of BroadwayCon finally came to an end, I was as exhausted as I was excited. As I left the Javits Center, I thought back to Friday night’s opening ceremony show where a Twitter-happy mayoress bans Broadway and is resisted by theater fans. The song and dance protests win the day, but the part of the show that won my heart was when the young hero finds inspiration to organize at the library. 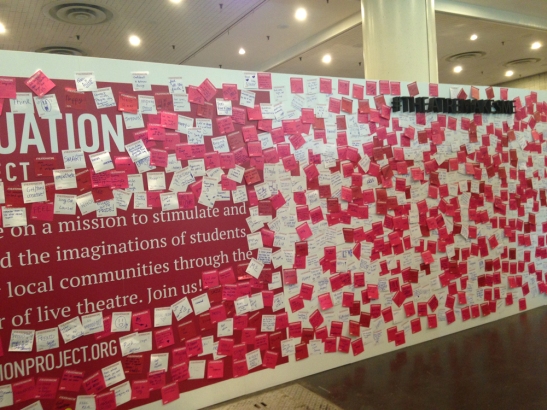