The Yankee Doodle Boy gets digitized

Since 1968, the Museum has been home to a large collection of scripts, sheet music, and scores created by George M. Cohan, the most prolific theater artist in the first half of the 20th century. Cohan wrote, produced, directed, or starred in over 100 Broadway productions and penned such enduring hits as “Yankee Doodle Dandy,” “You’re a grand old flag,” “Give my regards to Broadway”, and “Over there.” (A copy of this last number can be seen in the Museum’s current exhibition Posters and Patriotism: Selling World War I in New York.) Thanks to two significant gifts from the Edward B. Marks Music Co., the Museum holds scripts, scores, and sheet music for 48 shows Cohan wrote or composed, 20 productions produced by him, and eight original comedic sketches created for revues. Currently, anyone wishing to view this material must make a research appointment and plan to visit the Museum, and access is limited to those with the means to travel to and stay in New York City.  However, this is all about to change.

Just under two weeks ago, the National Endowment for the Humanities announced that over the next two years it would fund digitization of 74 plays, musicals, and sketches from the Edward B. Marks Music Co. Collection on George M. Cohan resulting in an estimated 35,000 new digital images. Works will be cataloged and images made available on the Museum’s Collections Portal allowing access to anyone in the world with Internet connection. This week we’ll take the briefest of peaks into the life and work of George M. Cohan with the promise of more to come.

George Michael Cohan was born in July 1878 in Providence, Rhode Island. There is some debate on the actual date (some sources say July 3rd, some say July 8th), but Cohan always claimed he was a true Yankee Doodle Dandy, “born on the fourth of July.” Cohan’s life on the stage began almost immediately,  he was made a part of his parents’ vaudeville act while still a baby, and with younger sister Josie, the family formed a traveling troupe, The Four Cohans.

Not satisfied with the vaudeville circuit, young George created his first full-length Broadway musical in 1901. The Governor’s Son starred his family and his first wife, Ethel Levey. Though Levey and Cohan would divorce in 1907, the Four Cohans’ final performance together was not till the following year in George’s The Yankee Prince.

Between 1901 and 1910, Cohan created or contributed to an astounding 24 Broadway productions, but he also took his shows on the road touring extensively across the country. He can be seen below behind the wheel with male chorus of George Washington, Jr. 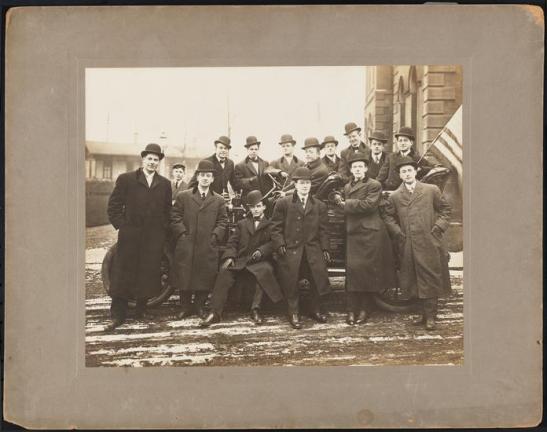 One of Cohan’s biggest hits came from George Washington, Jr. A particularly catchy tune titled, “The grand old rag,” was part of the production when it first opened in February 1906. Renamed “You’re a grand old flag” in the revival a year later, the piece became the first song to sell over one million pieces of sheet music. 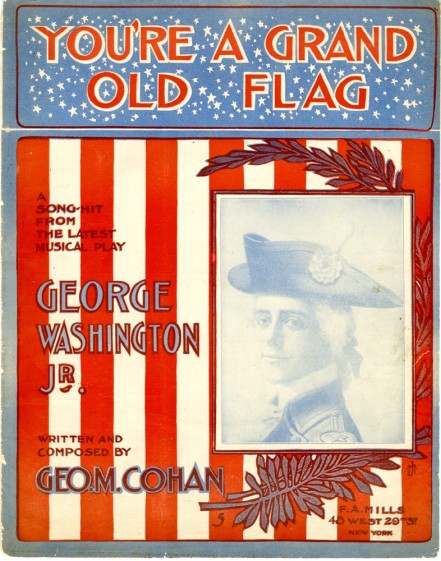 Sheet music for “You’re a Grand Old Flag,” ca. 1907. Museum of the City of New York. Collection of sheet music.

Though known for his musicals, Cohan also wrote and performed in straight plays. Most were comedies, but a few had serious notes. In his 1923 play The Song and Dance Man he starred as Broadway hopeful who despite consistent failure is unable to realize his dream of being successful on the stage. 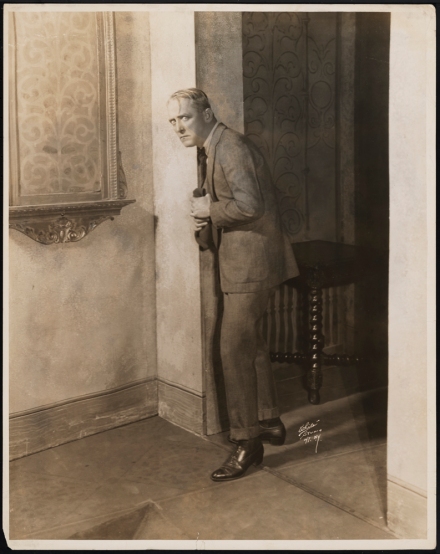 A consummate performer, Cohan also starred in works he didn’t write like Augustin MacHugh’s 1920 play The Meanest Man in the World, where Cohan plays a nice lawyer who can’t get catch a break until people mistakenly believe he’s mean.

Later in his career, Cohan garnered some of his highest praise for his performance as the patriarch in Eugene O’Neill’s only full-length comedy, Ah, Wilderness! The action of the play takes place on the fourth of July.

Cohan’s final appearance in a musical was I’d Rather Be Right by Richard Rodgers and Lorenz Hart, book by George S. Kaufman and Moss Hart. Set in depression era New York (also on July 4th) Cohan plays a singing and dancing President of the United States.

Cohan died on November 5, 1942 after a long struggle with cancer. Before he passed away, he saw himself portrayed by James Cagney in a musical biopic Yankee Doodle Dandy released earlier that year (Cagney would go on to win an Oscar for his performance). Cohan is buried in Woodlawn Cemetery, but a statue of him stands on the small patch of pavement between Broadway and Seventh Avenue at 46th Street, a part of town New Yorkers and tourists from all over the world visit every day to give their regards.

The Museum is grateful to the National Endowment for the Humanities, whose support will allow us to digitize and share the the Edward B. Marks Music Co. Collection on George M. Cohan. Here’s a tease of what’s to come, a handwritten vocal part for “Yankee Doodle.” Stay tuned!

One comment on “The Yankee Doodle Boy gets digitized”