Ever wonder how much work goes into digitizing a collection for view on our Collections Portal?  Here at MCNY, the digital team has been hard at work numbering, shooting, and cataloging our collection of 7,691 New York City postcards.   It took about 20 days of photography shooting 400 to 600 postcards each day.  After imaging, the files are sent to our catalogers who research information such as location, date, and publisher. The keywords they apply allow the images to be searchable in our database and online.

Our postcard collection ranges from the 1890s through the 1990s, with particular strength in the early 1900s, when a postcard craze swept the nation, as explained by the Metropolitan Postcard Club of New York City:

An accumulation of factors led to an explosion in the popularity of postcards during these years. The American middle class had grown much larger in size, and the excess money it had to spend on nonessential goods was enough to support a large industry […] Photography and printing technology had also advanced to a point that enabled high quality images to be produced in tremendous numbers and they were. Card dealers began to outnumber booksellers. Over 7 billion postcards were mailed worldwide in 1905, almost one billion in the United States alone; and this does not account for those that ended up in collections rather than the mailbox.

The images include popular tourist subjects such as aerial views of  lower Manhattan and major landmarks, but also incorporate some eccentric imagery and views outside of Manhattan,  like the three examples below. 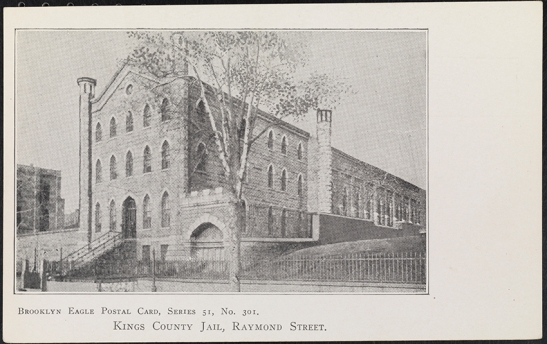 While most of these were purchased as traveler’s cards to be sent to family and friends back home, quite a few were actually sent within New York City  limits.  In an age before you could just send a quick text or email, postcards were a fast and informal way to get in touch with someone who did not yet own a telephone.

Capturing some of the postcards in a digital format proved challenging.  Most were the standard 3 1/2″ by 5″ but some were specialty fold out postcards. 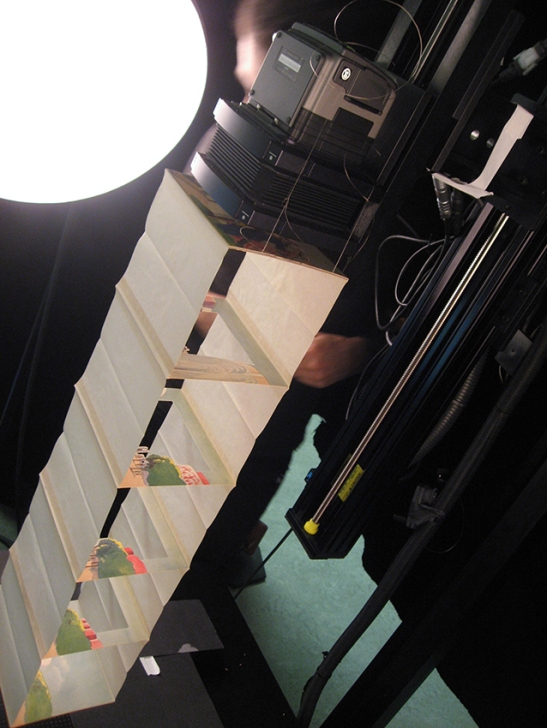 Here is an example of a particularly complicated one.  This was a folded paper postcard from the 1939 World’s Fair. When expanded and viewed through a hole in the front of the card, the viewer sees a three dimensional landscape.  Our photographers found that the best way to capture the view was to tie the postcard underneath the lens and allow it hang open while being photographed.

Front cover of the postcard - by looking through the cutout one can view the telescoping image.

Several other postcards include special fold-out sections that provide a view of the New York City skyline.

As an added enticement to the consumer, postcard companies often hand applied tinseling or glitter to the views to enliven the image – often incongruously, as in this bedazzled depiction of Grant’s Tomb. 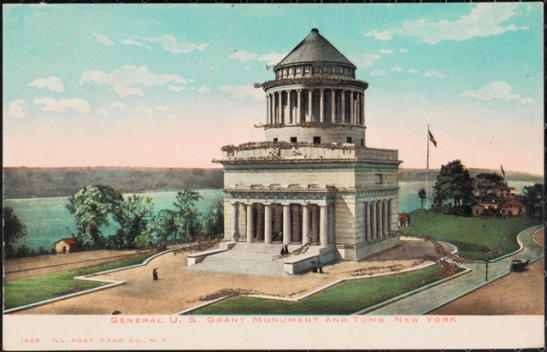 Not every postcard showed exciting and interesting places such as Coney Island and the Empire State Building; here is a postcard showing the Metropolitan Life Insurance Co.’s new women’s lunch room: 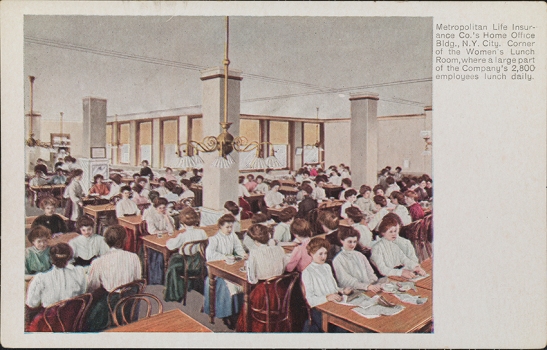 One of our favorite postcards is this multiple choice “busy person’s correspondence card” showing the Empire State Building. 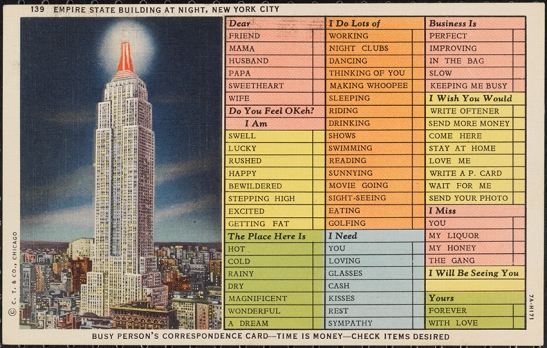 We are in the process of uploading the postcard collection to the Portal. Look for it online in the next week or two.

77 comments on “Photographing the Postcard Collection”