The World’s Richest Boy – the Life of William B. Leeds

Let’s face it: we all have baby albums, those pictures documenting our progression from newborns into children that we pray our parents don’t show anyone.  When I came across a photo album entitled The first six years of William B. Leeds, donated to the City Museum by his daughter in 1989, I winced in sympathy for whomever this Mr. Leeds was,  knowing that these baby pictures are soon to be uploaded to our Collection Portal and thus available to anyone with a computer and internet access.

The more I started researching William Bateman Leeds, however, the more fascinated I became with his life. Interchangeably heralded by the press as, “The World’s Richest Boy” or “Poor Little Rich Boy,” Leeds managed a small army of servants by the time he was nine and topped it off by marrying a Greek princess at the age of 19. How can one not be at least a tiny bit intrigued by this young man?

William B. Leeds, Jr. was born on September 19, 1902 to the so-called “Tin Plate King” William B. Leeds Sr. and the beautiful Nonnie May “Nancy” Stewart. The Leeds were already fabulously wealthy by this point, owing to the business ventures of the senior Leeds (a merger with J. P. Morgan’s  U.S. Steel paid quite handsomely).  From 1902 to around 1908 the family lived at 987 Fifth Avenue and were fixtures of  the most elite of social circles.

The playroom of the young William Leeds, where many of the following pictures were taken, shows the lavish environment in which he was raised.

Within these protected walls, the young Leeds grew up and, thanks to the album, we can see his progress. One of the  most interesting aspects is how his Christmases become more elaborate year after year. The first was a simple affair due to the fact he was a mere three months old and probably wasn’t expecting much. 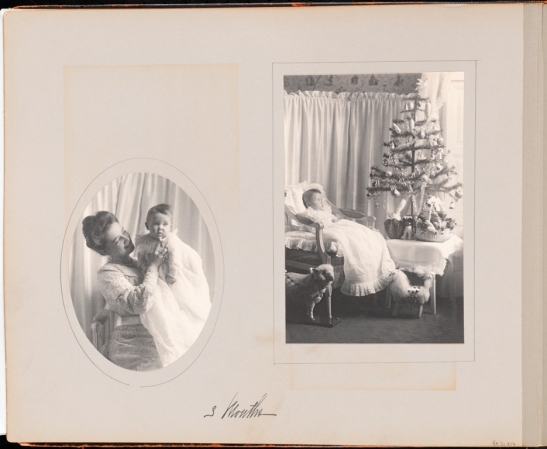 But each successive year things got a little more spectacular. 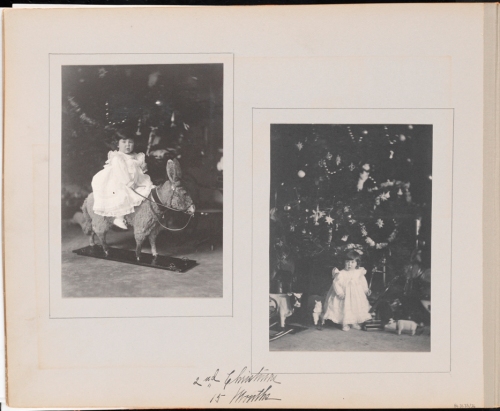 With so many gifts, William had to be photographed twice to be seen with all of them. 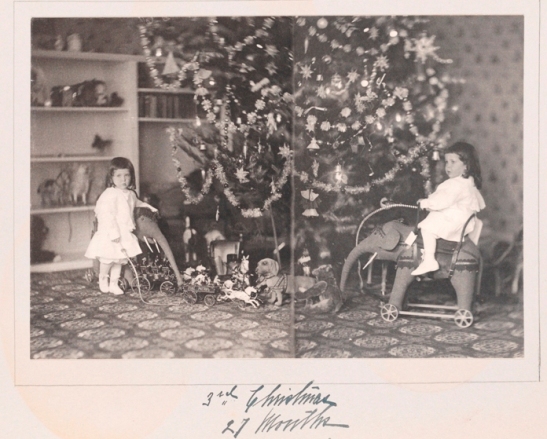 And yet again with so many gifts, he had to be photographed twice.

And this is perhaps the most awe-inspiring pre-3-D Christmas portrait I’ve ever seen.

And finally, the boy turns into a young man with more serious gifts.

William seems to have been a typical child, enjoying playing with his impressive selection of toys and costumes. 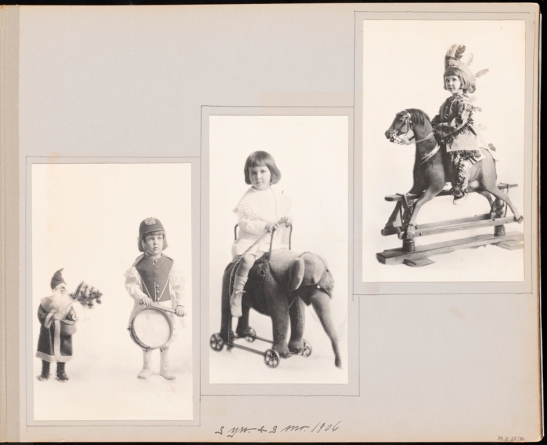 William’s life, sadly, was not all presents and playing. For some reason, his mother, Nancy, believed her son to be frailer than most and kept him secluded from the outside world for much of his childhood. This was exacerbated when his father died in 1908, and the details of the very generous will were shared with seemingly every newspaper from California to London.  Nine-year-old William was now the the proud inheritor of a cool $30,000,000 to $40,000,000 (nearly a billion dollars in today’s money). Nancy moved the young William into an estate in Montclair, New Jersey, complete with nearly 20 servants, two detectives to follow his every move and deter kidnappers, and a French limousine with a chauffeur and footman to get William to the prestigious Montclair Academy everyday. (To read more about William’s young life, read this article, fittingly titled “Young Leeds Rules Mansion”.)

As for Nancy, she left William in the very capable hands of the servants and detectives and traveled to London to try her luck as a dollar princess (read Lindsay’s fabulous post on what a dollar princess is here.) Soon she was the talk of English society.  She also made headlines when she stated in a 1911 interview, “I think I shall educate William in England. You see, he is fortunately or unfortunately wealthy in his own right. He will grow up to be ‘rich’ and I do not think that the sons of American millionaires are a particular credit to society because in their idleness they become dissipated. They do not work and most of them drink. Hostesses here often have to apologize for the condition of their young men guests, whereas in England no man would ever appear twice in an intoxicated state. Of course, the young men in the social life of England do not work, but they go in for sports and are healthy, strong and normal – and they do not drink as much as the idle young men of America.”

Later that year, she enrolled William at Eton, where she famously gave him an allowance of only 2 pounds every quarter. It should also be noted that she railed against the press for calling attention her son’s wealth, as she pointed out that much of it was locked in trusts and he could only get $500,000 once he turned 35. The press, and the public, didn’t care to listen. 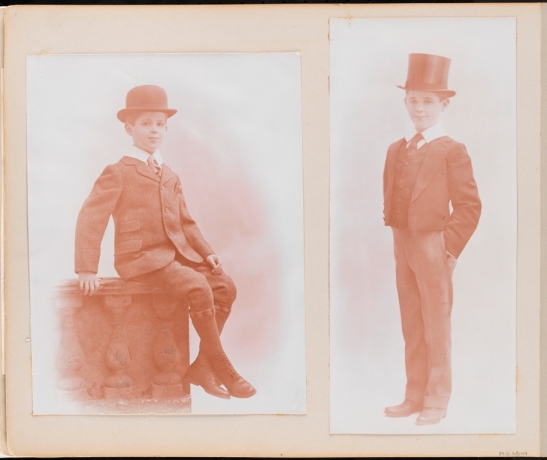 The story doesn’t end there. Nancy became a literal (dollar) princess when she married Prince Christopher of Greece in 1920 after a six year engagement. She later changed her name to the much grander Princess Anastasia of Greece and Denmark.

At this point, our William was busy being a globe-trotting teenager. He had nearly lost his arm due to an infected bug bite in Sumatra, but was on his way to a lifelong love of traveling and yachting. He became a fixture on the gossip pages as the dashing gentleman adventurer, “Billy” Leeds.

In 1921 he traveled to Greece to be with his mother after she was diagnosed with cancer. Two days later he was engaged to the 17 year old Princess Xenia of Greece after knowing her for all of 24 hours. (Nancy was so distraught she cried for three days and nights.) Despite Nancy’s misgivings that they were both too young, they married.

They were the toast of the town wherever they went, especially in Oyster Bay where they lived. Their marriage was filled with constant traveling and William’s adventures with his ever growing fleet of boats. After 9 years, however, the relationship apparently couldn’t withstand the pressure from the constant scrutiny of the gossip pages; the couple divorced in 1930.

Over the next few decades, William was remarried to a woman he rescued from a  sinking rowboat, and they spent much of their time traveling around the world in his yachts.  When World War II struck, he gave his lavish yachts to the government to aid the war effort, which was a highlight of his long history of extravagant philanthropic gestures.

Sadly, William’s end came far too soon. After being diagnosed with cancer, William committed suicide on New Year’s Eve of 1971 on his estate in the Virgin Islands. He was 69.

(For the most detailed collection of information and sources pertaining to the Leeds family, go here.)

One comment on “The World’s Richest Boy – the Life of William B. Leeds”

This entry was posted on March 25, 2014 by Susannah Broyles in Digital Project, Photography Collection and tagged Children, Christmas, Upper class, William B. Leeds.