Happy 25th Birthday to the Internet

Last week the Internet turned a quarter of a century old.  On March 12, 1989, a British computer scientist named Sir Tim Berners-Lee proposed what he called an “information management” system that allowed already linked computers to share data. Before that, there was the APRANET, which stood for Advanced Research Project Agency Network. It originated in the 1960s out of the Department of Defense and was largely a Cold War initiative that allowed communication between educational and research facilities across the country. Like that system, Berners-Lee’s information system was primarily text based. It wasn’t until Web browsers emerged in the 1990s, allowing users to view graphics online, that adoption of the technology skyrocketed.

The Pew Research Internet Project recently released data about the impact of the Internet on the daily lives of Americans. Some of the most striking facts:

The rise of the Internet has had a profound effect on cultural heritage institutions and how they approach providing access to their collections. Not long ago, visitors had to travel to a museum or an archive in order to get a glimpse of art, manuscripts, or artifacts. Now, those precious objects are just a URL away. 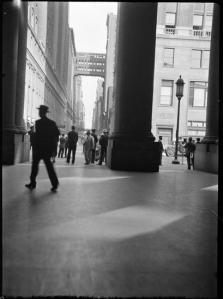 The Museum of the City of New York holds more than three quarters of a million objects in its collections: photographs, negatives, prints, maps, manuscripts, ephemera, costumes, furniture, paintings, drawings, and all kinds of other items relating to New York City, its history, and its inhabitants. In 2008 the City Museum received a grant from the Leon Levy Foundation to begin digitizing its collection of Wurts Bros. negatives. In the six years since then, we’ve made more and more of the Museum’s collections accessible to users across the globe. We’ve been helped along the way by too many people and organizations to name, but some of the ones to whom we’re grateful include Bloomberg Philanthropies, the Charina Endowment Fund, the Upper Manhattan Empowerment Zone, Orange Logic, Analogous, Michael Ulsaker, the National Endowment for the Arts, the National Endowment for the Humanities, and the Institute of Museum and Library Services. They’ve all provided funding and / or services that helped us get collections online. 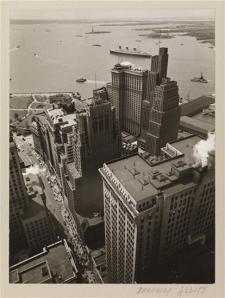 The Museum began by digitizing the photography collections that were the most popular and in-demand: works by Berenice Abbott, the Byron Company, Samuel H. Gottscho, Jacob Riis, and the Wurts Bros. In December 2010 we launched on online Collections Portal with around 30,000 of these photographs. Since then, we built our own in-house state of the art digital lab where we’re able to photograph a wide variety of object types. There are now more than 135,000 images online, including our Martin Wong Graffiti Collection, part of which is also on view at the Museum in the exhibition City as Canvas; paintings from our marine and portrait paintings collections; garments made by couturiers Charles Worth and Mainbocher; photographs taken by a teenaged Stanley Kubrick for LOOK Magazine; and much, much more. We have one of the most extensive collections anywhere of imagery of New York City’s streets; many New Yorkers are able to see what the block where they live looked like in the past and use the magnifying glass tool to examine the minutest details, such as signs in shop windows. (If you find the building or the street where you live, let us know in the comment section!)

To date, more than half a million visitors from nearly every country in the world (a shout out to our users from Malawi, Liberia, Greenland, and St. Vincent & Grenadines) have come to the Collections Portal, collectively viewing nearly 6 million pages.

Our digital team is currently made up of two catalogers, two photographers, and one IT manager. They take the pictures, create the metadata that allows users to find what they’re looking for, and look after nearly 200 terabytes of digital image files. An entire department of archivists, curators, and collection specialists care for the objects before they ever even make it to the lab for photography. Neither this blog nor the Collections Portal would be possible without the fine work of all these people. And we wouldn’t be able to bring all of it together on the Web without the Internet, so many happy returns of the day! 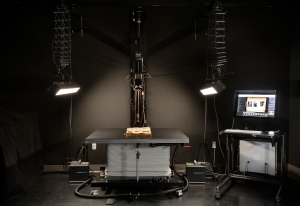